The anatomy of a dreamer I like to think of books as formidable and pocket-sized space-time machines. With paper and ink, books can teleport readers to any place, real or imaginary, and in any time, present or future.

Why you should read White Nights by Fëdor Dostoevskij

While reading, there is a magical and cathartic moment when the reader’s soul connects with that of the writer. They meet, understand each other, and travel on the same wavelength. Sometimes they are so similar that while reading one gets the impression that the author has spied in the reader’s mind.

I tried this first-hand with the book I’ll review today. I consider myself a dreamer and as such, I thought myself adequate to express joys and sorrows of such condition. I even tried to write about it, but now I discover that 172 ago, in White Nights, Fëdor Dostoevskij had already concretized what has been simmering in me for years.
Can a Russian boy born in 1821 and an Italian girl from 1991 feel such similar emotions? For a thousand reasons, including a teenage experience with Mr. Tolstoj, I would have said no. But White Nights made me think again.

We are in St. Petersburg, in the warm bright midsummer nights when the sun sets at the dawn of darkness. We accompany the walk of a man whose name we do not know. He is presented to us as a solitary and introverted soul who observes the society that surrounds him as a spectator. Between him and society hangs a thick cloth, whose weft is woven by his own dreams. Whether it is dreams that have isolated him or whether it is the isolation that has stimulated the dreams, we do not know. We understand though, that on the night we meet him, the cloth is partially raised. The lights of the Nordic night filter and reveal to the protagonist an empty city where people are all on vacation. All but one.

An equally lonely girl wanders in the deserted St. Petersburg. A shady figure tries to bother her, but a finally awakened dreamer comes out of his bubble and enters the scene to save her. This is how we meet Nasten’ka, a young woman whose only company is that of her elderly grandmother who, during the day, forces her home. The dreamer feels blessed by the encounter. He sees in Nasten’ka the pretext to extinguish his inexhaustible loneliness and a means to dream even more. We follow their meetings for four nights and one morning until we reach the epilogue of the story. 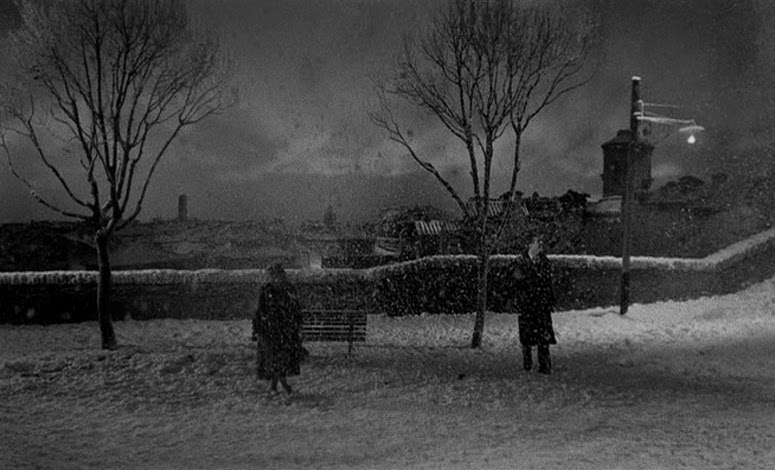 White nights and the Petersburg Chronicles

My edition proposes immediately after “White Nights” the 5 feuilletons that Dostoevskji wrote for the Sankt-Peterburgskie Vedomosi newspaper (The Petersburg Annals).
“The Petersburg Chronicle” and “White Nights” are chronologically reversed realities. Sometimes it seems that The Chronicles are a draft of the Nights, so much so that some passages are repeated almost identically. What changes is the atmosphere? In the feuilletons, the empty city is a positive break after an intense winter season, while in the White Nights it becomes synonymous with abandonment.

My opinion on White Nights by Fëdor Dostoevskij

I belong to that faction of readers who consider books to be sacred and who love to keep them untouched. I do not wrinkle them and do not underline them. Or should I say I didn’t underline them? With “White Nights” all my good intentions failed. I found myself reading with a pencil between my lips ready to highlight the words that I have never been able to write.

I confess that for a long time I felt lonely and wandering like the dreamer. I rarely remember night dreams, yet in the course of my life, I have lived daydreams worthy of the best Hollywood sets. My dreams were inspired by books, movies, songs, or the glance of a passerby returning from school. They allowed me to be who I was not in real life. I could have the friends I wanted, the loves I wanted. I could be bold, cheeky, foolish while in the day-to-day I was a diligent and shy girl dancing with the iPod behind the closed door of her bedroom. Dreams have given shape to my stories so much that my second book (unpublished, of course) is called “The Dreamer”. It was created as a dreamy response to a big love disappointment.

Is dreaming a waste of time?

Sometimes I wonder if dreaming so much was a waste of time. I know though that without those dreams I wouldn’t be the person I am, I wouldn’t have the job I have and I wouldn’t be writing this blog. If it feels like I’m am speaking in the past tense, it is. It has been some time now that daydreams have faded. I have a job that satisfies me and a man who loves me. I have concrete projects to apply my imagination to. But I also miss that part of me. I would still like to create stories with the ease that I once had.
Dostoevskji reminded me of what I was like. The sensations I felt. It reconnected me with the part of me that I had to put aside to grow up and mature. It made me understand that maybe I have to start from where I left my dreams off. Writing the word end to “The Dreamer”.

I will always find it difficult to understand what causes people not to read. Too many are the sensations that arise, too many teachings, too many connections. A book is not just an object, it is also a soul fragment, a positive horcrux.

Books are the only way we have to travel standing still and to receive messages of warning, teaching, or encouragement directly from the past and from those who lived before us.