Discovering the story of Carnic Carriers 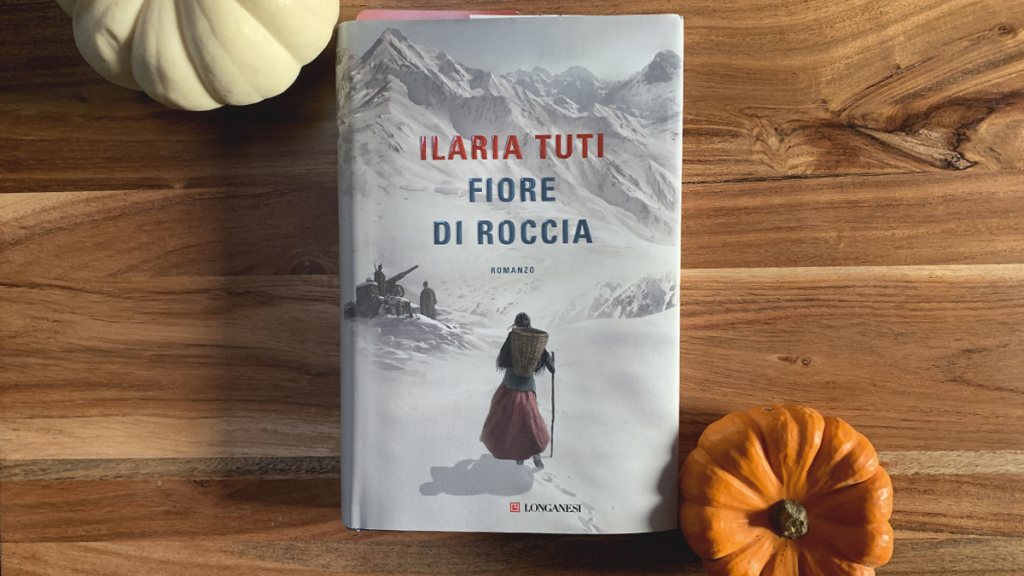 There are many books that a reader can encounter in their life: good, bad, compelling, boring, to read again, to drop after the first page. A category apart belongs to the books that are necessary, those manuscripts which, regardless of their quality, must be written and read. Among these certainly figures Fiore di Roccia (Flowers of the Rocks) by Ilaria Tuti.

What are the Flowers of the rocks

“The Rock flowers” are edelweiss, i.e. those flowers which, although delicate in appearance, can live in extreme environments, surrounded by rocks and few other nutrients. In many ways, similar to edelweisses, they are the inhabitants of Carnia. People of few words used to fatigue and hard work in hostile conditions. Apparently hard and “cold”, these people are capable of gestures of unconditional altruism, of unreserved welcome and eternal friendship towards those they deem worthy.

The story of the Carnic carriers fits into this picture, which is still not very varied in the modern population. These were the women who, during the First World War, lived near the front and whose ability to endure and the deep knowledge of the inaccessible paths of Carnia was exploited by the Italian army to support the soldiers employed on the highest peaks of the first line. The Carriers loaded their gerle (gei) with ammunition, food, letters, and hopes and faced the paths in support of those poor wretches sent to die.

In Tuti’s novel, Agata is in fact a twenty-year-old from Timau (Paluzza, Friuli-Venezia Giulia), and her life, already made up of hardships, is made even more complicated by the arrival of war. Her mother is dead, the older brothers are pro-Austro-Hungarian and therefore traitors, and her father is dying. There is no food on the table, the bristling fields are no longer fertile, and her future is as black as gunpowder.

The situation is immutable until an opportunity arises. The battalion at the front needs help, someone who knows the mountains by heart and can walk them in any weather condition. The young men who could carry out this task were sent to the Karst, so the only resource left are the women of Carnia. The compensation is close to zero, only a few lire, but for them, it means the difference between being able to feed one’s family or die of hunger, although death awaits the carriers on top of their mountains.

For Agata, it is almost a forced choice since the only alternative is to give in to the advances of the slimy apothecary Francesco.
Thus, dressed in the spirit of sacrifice that distinguishes them, the women of Timau, Paluzza, and the neighboring villages face the Carnic Alps and their ghosts. Some live in their mind while others have flesh and bones and are represented by the young soldiers. Among the trenches, women are initially viewed with distrust but gradually they are recognized for their essential role in the life of the front, so much that they receive an official name: The Carriers. Among the labyrinths of mud and rock, Agata finally manages to recognize her worth and her courage, soon becoming the trusted confidant of the commander at the head of the battalion.

My opinion on Fiore di Roccia

Unfortunately, the value recognized to the Carriers in the novel does not correspond to that granted to these women in the real world. If the history of the Portartici is little known in Friuli-Venezia Giulia it becomes practically unknown as soon as the regional borders are passed.

This is why Ilaria Tuti’s book is necessary. I could say that the writing, at times, seemed hasty and not very detailed. I could say that I would have preferred more detailed descriptions and perhaps more characters’ characterization, but these details are nefarious when compared to the intrinsic value of the story.

What might seem like flaws, are actually perfect tricks to make the story smooth and immediate. In short, pleasant, and accessible even for those who are not particularly accustomed to reading. And this is the important thing, that this story travels, is read, and does justice to the memory of these women. Only one name is remembered when it comes to Carnic Carriers, that of Maria Plozner Mentil, who died on February 15, 1916, by the hand of an Austrian sniper. One in thousands. The recognition of military valor came for the remaining Carriers only eighty years after her death, in 1997, by President Scalfaro. In the middle, but also after, lies a sea of silence that perhaps will now find at least one voice.

A story that deserves to be known

We Friulians are stoic people, usually of few words. We barely tolerate advertising and compliments. We live by anin, fasin and cumbinin (let’s go, let’s do, and let’s make it) but sometimes we should also be more able to tell ourselves and make ourselves proud of our value. I imagine these women full of fear but at the same time driven by an iron sense of duty to do what had to be done.

Instead, we should talk about them and everything else we did in this valiant and forgotten corner of Italy, without drooling futile praises but simply stating what is true.

The first step in this direction is certainly the story written by Ilaria.

If you want to take a closer look at the places in which the novel is set, read my story on Pal Piccolo here.