The Book Thief by Markus Zusak​

The Book Thief by Markus Zusak 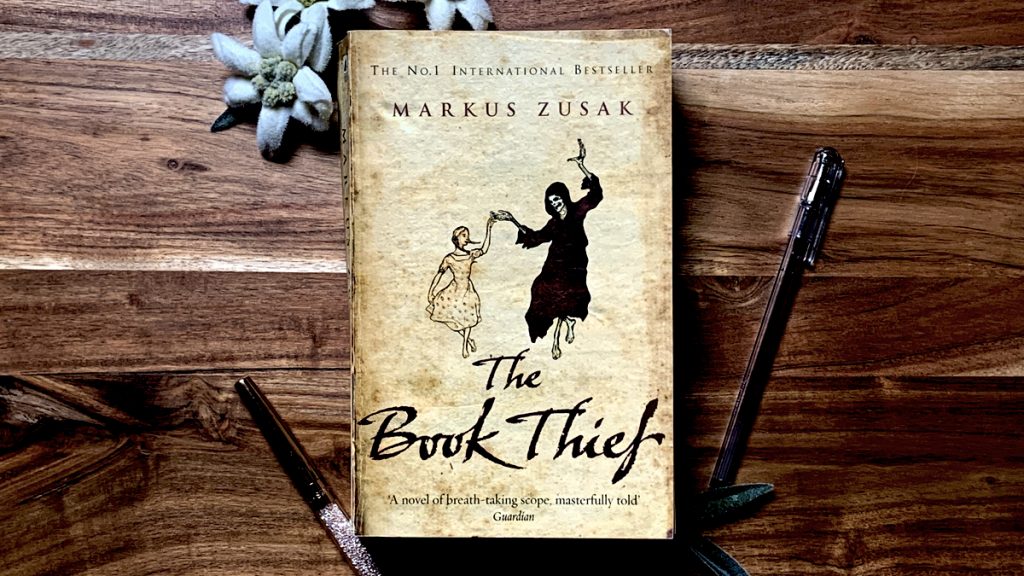 Among book lovers, there is an unwritten rule: the book is ALWAYS better than the movie. This time, if it wasn’t for the film, I would have completely missed the mesmerizing novel The Book Thief by Markus Zusak which now sits among my favorites.

From the very first pages, The Book Thief puts readers in a singular position by making them take the point of view of Death.

Death does its job diligently, without looking anyone in the face. From time to time, however, it happens that its attention is caught by certain people.

This is the case of the unfortunate and illiterate Liesel who is noticed by Death at her brother’s funeral, caught in the act of stealing her first book.

The books, which she initially fails to read, become for Liesel a true talisman against the horrors of war. Thanks to the books, she will be able to bond with her adoptive family and find a connection with the young Jew, Max, whom the Hubermann family hide in the basement.

SPOILER ALERT: How does The Book Thief End?

After hiding Max from the Nazis, the boy decides to leave the Hubermanns in order not to endanger them further.

Shortly after, Hans, Liesel’s adoptive father, defends a Jewish friend and is put on a blacklist, and in 1943 he was forced to go to war.

In 1945 the family reunites but the peace does not last long as the town is razed to the ground by an air raid and all of Liesel’s family is killed.

Death tells us that Liesel, however, lives a very long life. 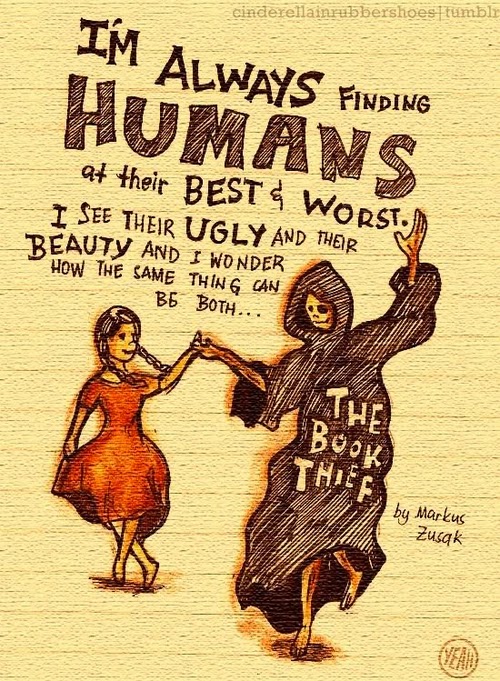 My opinion on The Book Thief by Markus Zusak

The Book Thief was one of the books that moved me the most but I have to be honest, it wasn’t love at first sight. It was one of those novels that I could never finish. I have started it and dropped it many times before it was the right time for me to read it.

In February 2020 that moment arrived.

I first watched the film, which aired on Italian TV for Remembrance Day. I was glued to my chair until the end and eventually Nazis and death “haunted” my dreams for many days after seeing it. I hardly remembered that the book had been gathering dust in my library for years.

What I liked about the novel

I really liked reading the book from Death’s perspective. When I read The Book Thief, a dear friend had just suffered a grave loss. My mind was full of unanswered questions.

Why her? Why now?
I guess this desire for knowledge put me in the mood to empathize with a novel narrated by Death itself.

Death is something we all have to face in the end. Could we fear Death less if we considered it a living creature? Someone with feelings and regrets. Someone who hates its job?

For sure, Markus Zusak should always be commended for giving us the perspective of Death using touching words like few others.

My copy of A Book Thief’s Story will always be stained with my tears.

The International Holocaust Remembrance Day from another perspective

Whenever International Holocaust Remembrance Day approaches, we are used to dedicated TV programs airing. The perspective recounted is that of the Jews, and rightly so.

The Book Thief by Markus Zusak tells the war through the eyes of a “normal and Aryan” German girl.

In the common narrative, the Germans are seen as the bad guys and Liesel could have played that part well with her blue eyes and blonde hair. Yet, deep in the war, she loses and suffers as much as her Jewish peers.

I guess the final message of The Book Thief is that when faced with wars there are neither winners nor losers.
Just like in the face of death, we are all the same.

Do you want to purchase The Book Thief?

Do you want to discover my library more?

Go to the BOOKS Section